Posted at 09:14h in Uncategorized by Oakleaf 0 Comments
0 Likes

We thought we would share a story from one of our lovely clients George, in the hope of reminding those of you who might struggle with your mental health that you are not alone and help is always available.

George has been attending Oakleaf for three years now. He encountered the charity through a referral from a support worker; an opportunity for him to learn how to better manage and cope with his social anxiety. Unfortunately, his anxiety was heightened following a difficult few years in high school where he faced bullying because of his Asperger’s.

George can however confidently say that his mental health has improved, and rather than defining his past experiences as setbacks, he can use them as a form of armour. 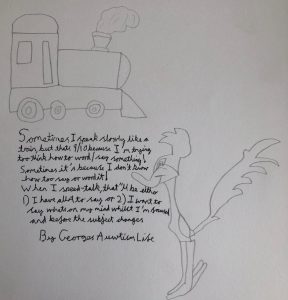 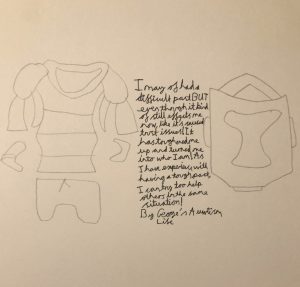 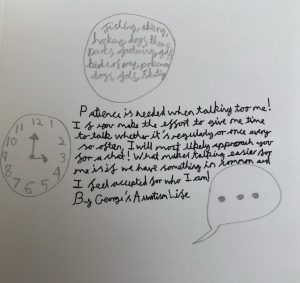 Prior to attending Oakleaf, George has always had a passion for being outdoors. He did a two-year horticulture course at school followed by voluntary work at Merrist Wood, while he was studying at Guildford College. When he learned that Oakleaf was offering a gardening course, he signed up straight away.

“Oakleaf has enabled me to start my weeks off with something I really enjoy. The gardening team are very helpful, and you always feel as though you have support around you.”

George also chose to attend weekly wellbeing activities and support groups, including our youth group run by Georgia and Kelvin as well as our karate classes.

During the pandemic, George didn’t join in with the virtual activities via Zoom but returned once the in-person courses had restarted. He found the first lockdown hard as his routine was completely disrupted, but subsequent lockdowns were easier as he was more used to them. 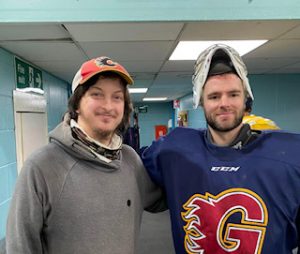 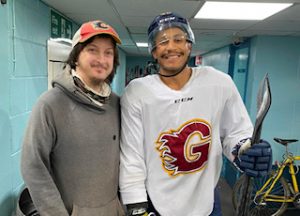 Another big part of George’s life is supporting his favourite ice hockey team, the Guildford Flames. It all started when he went to Canada in 2012 to watch the Ottowa 67s team – he was hooked! The following season he watched the Flames play Basingstoke at the Spectrum and has been a season ticket holder ever since.

Over the years he has become friendly with the players and is known as one of their biggest fans; George loves the sport so much that he stays standing for the entirety of their games. He also enjoys his creative outlets: drawing, writing and painting – see below a brilliant canvas painting he did of the team. 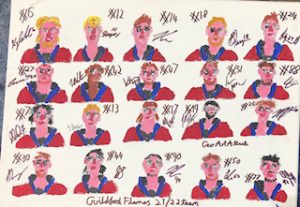 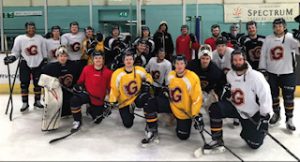 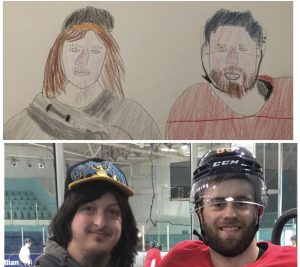 We are pleased to say that George’s mental health has been so much more positive since attending Oakleaf and we would like to thank him for sharing his journey with us. It really does help to encourage others to take those first steps towards finding the support that’s right for them.

If you would like to find out more about becoming a client and join in with any of our online Wellbeing Activities, please click here.

Sorry, the comment form is closed at this time.

This website uses cookies to improve your experience while you navigate through the website. Out of these cookies, the cookies that are categorized as necessary are stored on your browser as they are essential for the working of basic functionalities of the website. We also use third-party cookies that help us analyze and understand how you use this website. These cookies will be stored in your browser only with your consent. You also have the option to opt-out of these cookies. But opting out of some of these cookies may have an effect on your browsing experience.
Necessary Always Enabled
Necessary cookies are absolutely essential for the website to function properly. This category only includes cookies that ensures basic functionalities and security features of the website. These cookies do not store any personal information.
Non-necessary
Any cookies that may not be particularly necessary for the website to function and is used specifically to collect user personal data via analytics, ads, other embedded contents are termed as non-necessary cookies. It is mandatory to procure user consent prior to running these cookies on your website.
SAVE & ACCEPT